Hospital Hill Race Recap and where I have been

I haven't posted for two weeks!  Yes, I am still alive and no, nothing is the matter.  Just life gets in the way...


So, I did a half marathon over the weekend.  It was kind of a last minute sign up b/c I had my race comped by Team Beef, because I worked the Expo for them.


I worked the Expo on Friday and got to wander around it a bit.  It was a good expo, it wasn't packed and there were a variety of vendors.  I got some Gu's and a cute Royal's tank.  Packet pick up was super easy and organized.  However, I was supposed to have my bib number emailed to me prior to the expo and it wasn't.  You had to know that to pick up, so I had to go search for it posted on the wall, but it wasn't hard.  I loved the shirts we got- long sleeve, half zip tech.


I was told at the Expo to expect my time to be about 5-10 minutes below average race speeds since it is such a hard course.  I wasn't feeling my mental game the best, but I figured I should shoot for a 2:10.


I stayed the night at my parents on Friday night, so I could cut about 30 minutes off my drive and so Jeff could work (my parents watched the girls).  I was pretty worn out Friday for some reason, so I should have taken that as a sign for race day.  Here is a picture of me the night BEFORE the race... 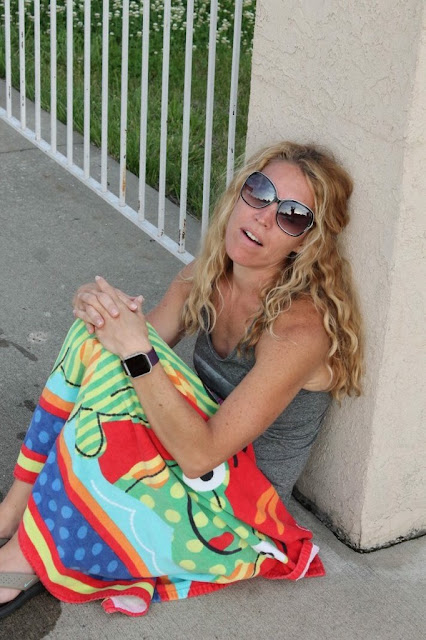 
I also discovered I forgot my headphones.  The horror.


Anyway, I left my parents around 5:30 Saturday morning to allow myself time to get a coffee (my parents don't drink coffee...they are crazy!) and to make a bathroom pit stop if needed (it was needed).  I arrived at the race around 6:30 and found a great parking spot about a quarter of a mile from the start of the race.  And, this race started right by Union Station which happened to have nice indoor bathrooms!  Always a perk.


It had rained about an hour before so it was already humid and hot.  I ran into my super speedy friend T-Dog, we wished each other luck and got in place for the race.


The race started off uphill.  I felt okay for about the first mile before I started having pain around my left knee.  Uh-oh.  The first 3 miles were extremely hilly and I knew at mile 2 that this was going to be a struggle for me.  The pain in my left knee progressively got worse.  I often have ITB pain but can always run my way out of it.  But this pain was not going away.  I had to walk up a hill around mile 3 (yes, I walked in the first quarter of the freaking race!).


The hills calmed down a little and I did okay until about mile .  And my left knee started buckling.  I have never had my knee buckle like that and the pain was pretty bad.  I walked/ran the rest of the race.  I actually did okay on the uphills and ran up most of them, but the downhills were horrible.  I couldn't run for more than about 30 seconds at a time.


The bad thing about not having headphones was hearing the chatter around me.  I could hear two old guys talking about how hard the course was coming up and how the hills suck, blah blah blah.  I about turned around and told them to be quiet!!!  I did not need their negativity.


I took a Gu around mile 4 and then again around mile 8.  I didn't take any more as I actually had plenty of energy.  My lungs and about 90% of my body felt great.  Just my left knee couldn't hang.


I walked/run mile 11 with a guy who was also having some struggles.  I told him at this time in my race two weeks ago, I was finished with the race.  He said he normally would be as well, but he was having a hard time as well.  He said he has run a ton of races and Hospital Hill is by far the hardest.


I am not sure what my face looked like but around mile 12 a concerned cop asked if I was okay.  I laughed and told him I was great!


Finally the finish line was in sight.  I refuse to walk the finish so I took off.  Like I said earlier, I had plenty of energy.  And sprinting down the straightaway, the pain finally went away.  I flew in faster than I have ever finished, but it was still a pretty pathetic race. 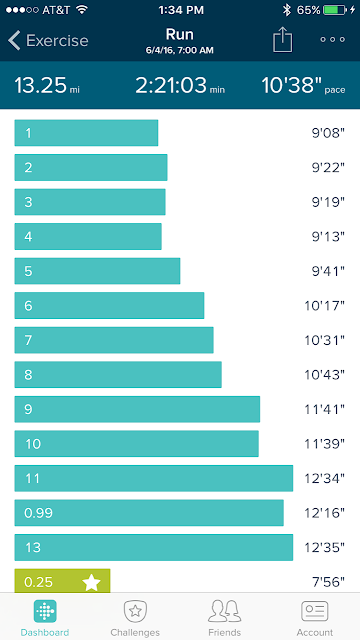 
My left knee hurt the rest of the day.  My blisters had a few babies.  I decided to splurge on some Yogurtini after the race, only to find out Yogurtini doesn't open till 11!!!


As far as half's for the spring, I am done.  It was HOT and I want to concentrate on speed and strength the next few months.  I have decided to hire my nutrition coach as a running coach as well.


She also adjusted my macros to help me lose the last 5 pounds.


So, what have I been up to??  We celebrated Memorial Day at the lake.  It was wonderful!!!  The weather was perfect.  We had friends down with us and the kids played great. 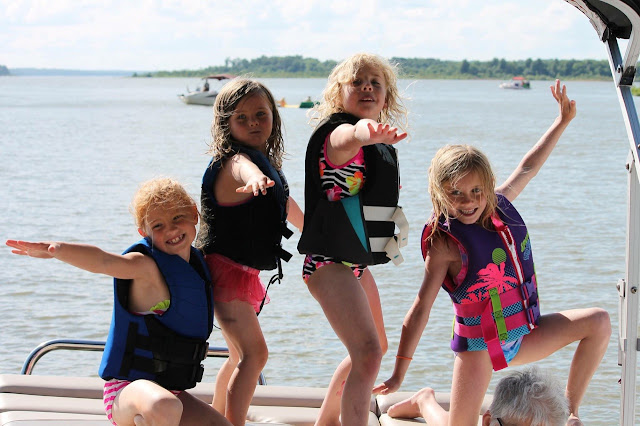 Chloe had her first softball game last week ( I am assistant coach).  They did well but did lose.  Chloe has good running form: 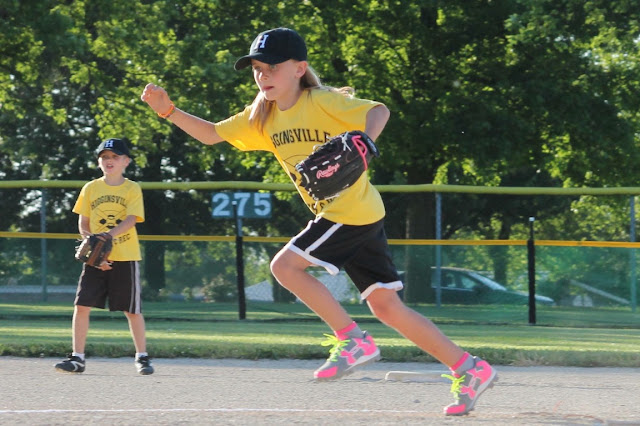 We have been spending time swimming at the Country Club pool which is so nice!  I love there is no crowds and I have gotten a lounge chair each time!
Posted by sam4mizzou at 11:49 AM