I should blog more often so I don't end up with a million photos to share on one post!

But....I have been at home sick or with a sick child so I haven't gotten around to blogging.  Luckily it was a short term little stomach ache, as I have a race this weekend!  Hopefully it didn't knock me back too much, as I really hope to break 2:10!!!

I had last Friday off to celebrate Chloe's birthday with two of her friends, Bg and my mom.  We didn't have school so we went to an indoor waterpark and had a blast!  There was no crowds, the kids got along great and fun was had by all.  After swimming, we hit up Yogurtini and Target, which was a hoot with 4 little girls! 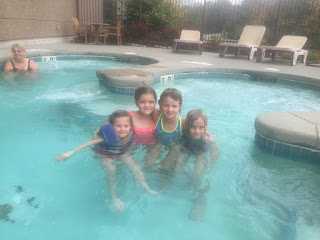 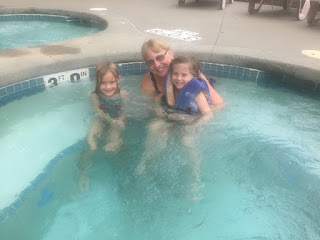 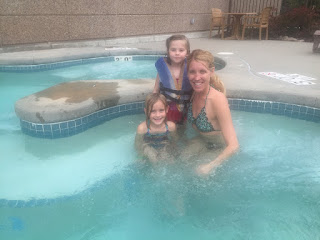 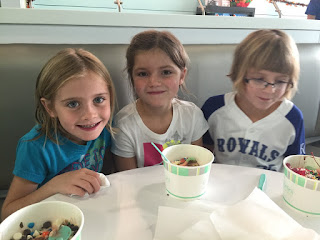 Yes, those are outdoor pictures of us at the pool.....in October!  It was the hot tub and although the day was overcast, it was in the mid 50's, so the temp was okay to be outside.

Saturday night we were visited by my great nephew!  Isn't he the cutest guy ever?  Him and his mom were babysitting so we could attend Jeff's 20th class reunion (how did my husband get so freaking old?!?).  We golfed with two of his buddies first and had so much fun, even though we collectively sucked. 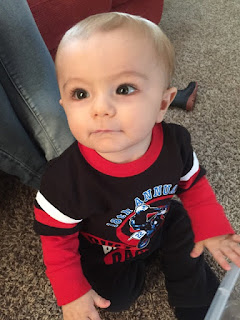 Sunday was church and then we carved pumpkins.  I think these are the happiest looking jack o lanterns ever! 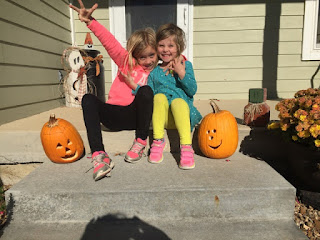 Sunday night was the Fall Fun Fest at our church.  The girls cracked me up trying to catch these apples with no hands! 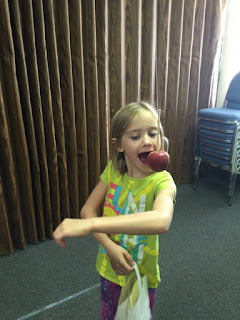 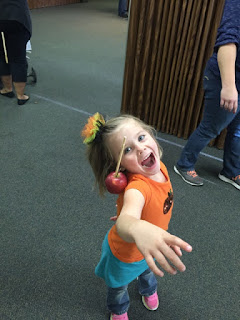 Monday I left work early.  I started feeling nauseous ( I never spell that word right) sometime after lunch and went home feeling pretty crappy.  I spent most of Monday night laying around.  Tuesday I felt better, but stayed at home as I was still a bit weak and had a major headache.  I got a call from the school at 10:30 that Bg had a fever, so I guess it was good I was already home.  Poor baby girl did NOT feel good at all! 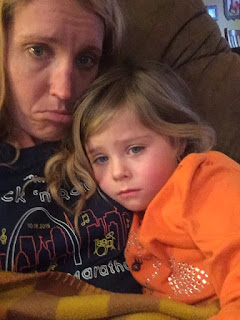 Tuesday night began the Worlds Series!!!  I was so glad it was finally on network tv so we could watch but then we got this: 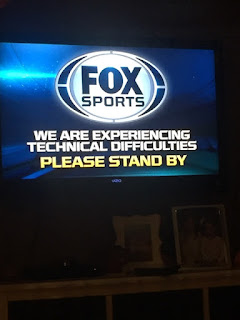 It was only out for about 7 minutes and the game was also delayed, but I was unhappy!  It turned into one of the longest Worlds Series game ever (14 innings, over 5.5 hours long) and needless to say, sick Bg didn't last the entire time.  And....neither did her mama.  I fell asleep sometime in the 10th inning when it was tied 4-4.  I woke up a little after midnight to check the score and it was still going on!!  The game ended with a Royals win in the bottom of the 9th. 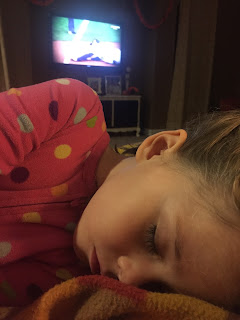 Bg was feeling AWESOME on Wednesday but wasn't 24 hour fever free, so we spent the day washing sheets, disinfecting, etc.  I also put a pork roast in the crock pot using a new recipe.  It was a little sweeter than I prefer, but it was good. 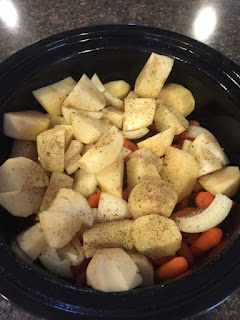