Thursday was track and field day for the girls school.  I helped at the event, so I didn't get any pictures of them actually participating but hopefully some friends will share some pics!


Both girls did really well.  Chloe got 2 first places, 2 seconds and a third- she placed in all events!  I was pretty impressed that she beat all the boys in both running events! 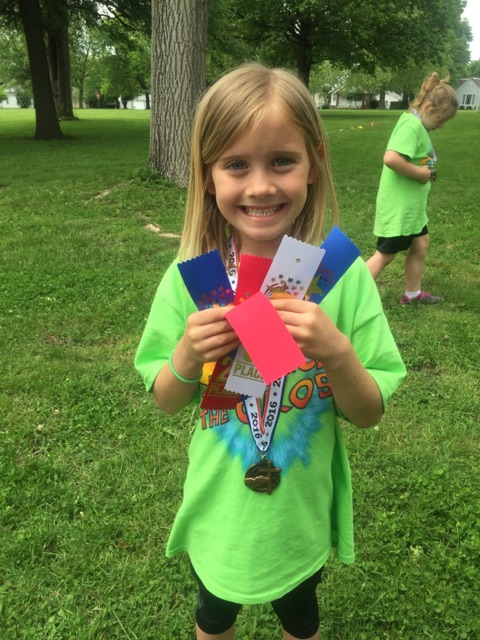 Three legged race domination.  As you can see, they left everyone in the dust: 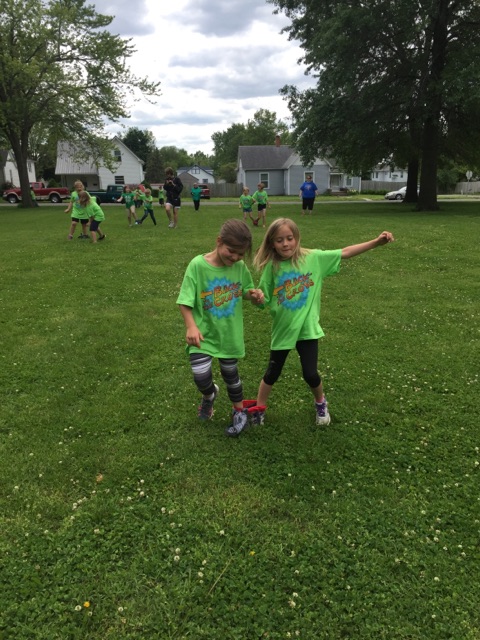 Top athletes and best friends!  I always think Chloe is tall until she is next to her friends.  I think she just looks taller than she is b/c she is so skinny. 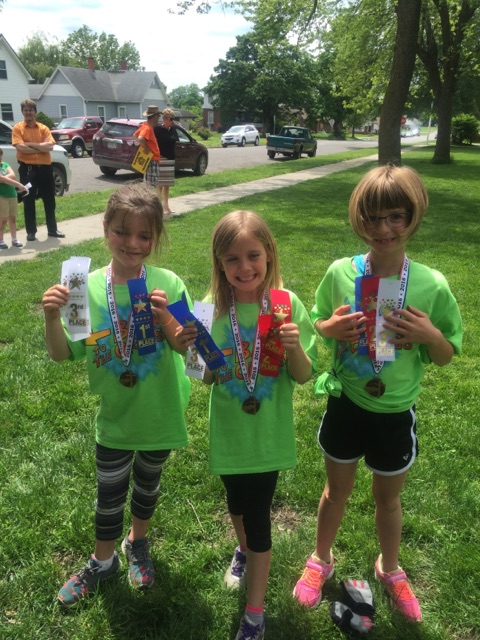 Since Bg is in preschool, they don't do as many events and also didn't get individual awards.  But this competitive mama was watching and Bg did awesome and also got first place in all the running events.  They were pretty excited about the medals they received. 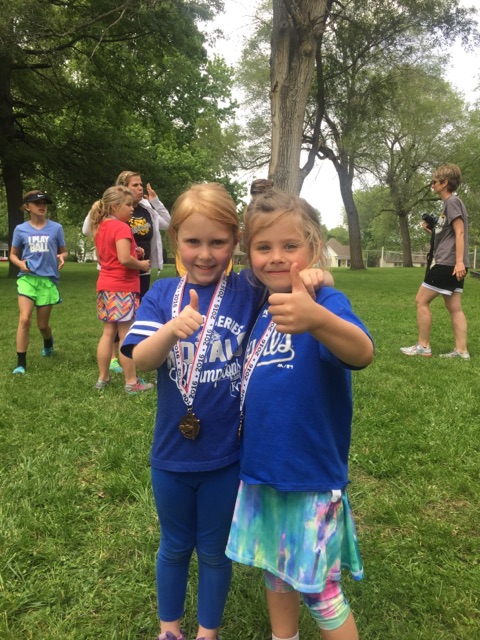 And not to be outdone, even I got a blue ribbon!  I had to fill in on the 3 legged race and my buddy Mathias and I creamed the competition! 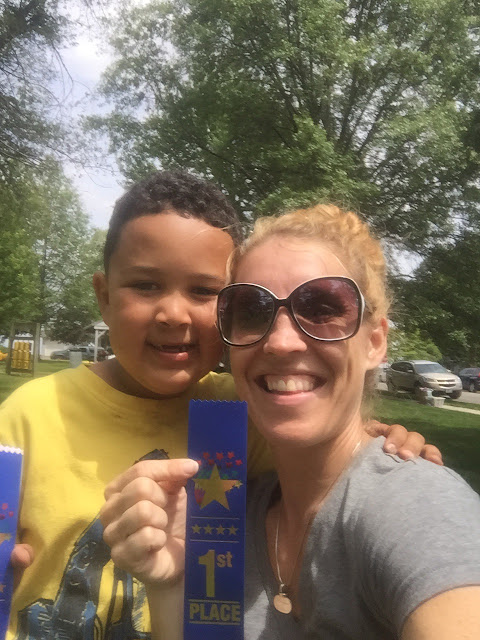 Friday was the last day of school.  It was a short day with just chapel and an awards ceremony.  Preschool didn't get any awards, but Chloe got Excellence in Math, Reading and Excellent Attendance.  Her 3 best friends all got the good conduct award, but she didn't.  Great...do I have the onery one????


I tried to snap a good photo, but the girls were not making it easy.  I have no clue why Bg is making such a face! 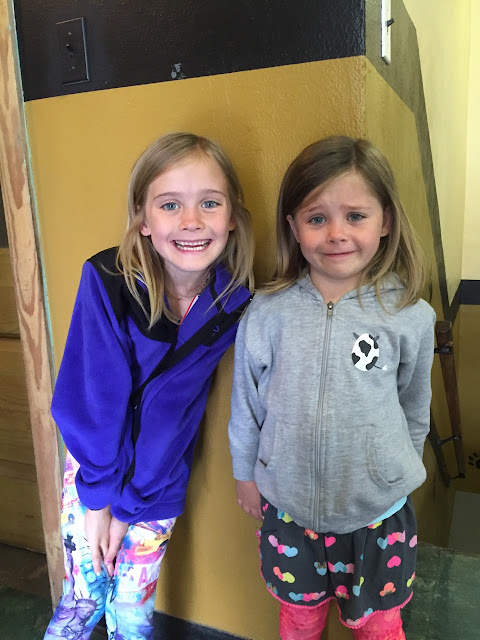 I officially have a 2nd grader and a Kindergartener!!!


We have a very sick show pig.  It breaks my heart.  We first noticed it getting sick last weekend.  I gave it a shot of a medicine called Ivomec on Monday.  Ivomec treats for intestinal parasites (like worms).  Since our pigs are on dirt, they tend to eat things which can cause worms.  I was hoping that would do the trick, but poor Peppa continued to decline.  The vet prescribed an antibiotic called Draxxon.  She still had some fight in her, as it was hard to get her down to get her the shot.  While giving her the shot, one of the other pigs came up and bit me on the hand! 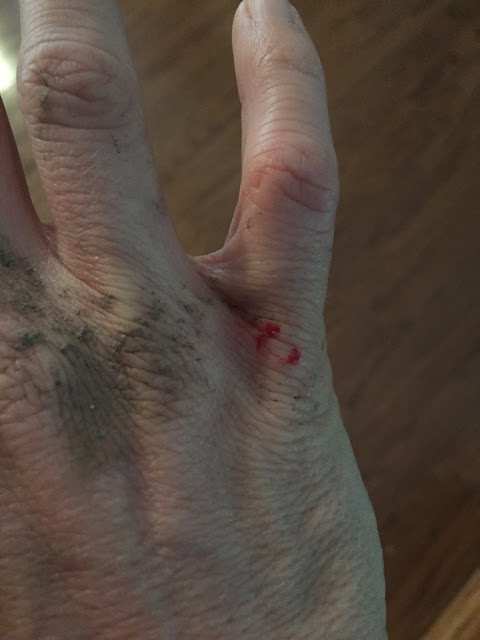 She was still pretty lethargic so we called the vet again on Saturday.  He prescribed another antibiotic and a steroid to help her lungs.  He then gave me the bad news...if she isn't better by Monday (today), there really isn't anything else we can do.  He thinks she has pneumonia.  Last night she had perked up a bit but today doesn't look good.  We have been praying for her, but she just isn't getting better.  This is the hard part of farm life.


The girls stayed the night with friends on Friday night.  Jeff worked late, so I had several hours to myself.  So I mowed and did laundry.  Exciting stuff.


I had my half marathon on Saturday- recap in another post.


Saturday I came home and dealt with a sick pig and a loose bull.  The bull belongs to a friend of ours who rents our neighbor's pasture.  I helped deal with him and he eventually got penned back up.


Jeff and I went to a coworkers wedding Saturday night.  She was a beautiful bride and we had a great time.


Sunday was church, I hosted a bridal luncheon at a local restaurant, had a graduation party and Chloe had softball practice.  She had a friend who goes to the same daycare stay the night last night, so it was a long day!