I ran a Christmas themed race on Saturday- The Candy Cane Course 5K.  And....I have a new PR (well, a PR as an adult runner- still way slower than I was in high school).  It was the PERFECT day for a race.  The sun was starting to come up, it was in the 50's and no wind.  The race was at a big arena, so it had indoor bathrooms as well, which is always a perk.  But, runners still poop a lot before races and the bathroom stank!

I made a race mistake that I am still kicking myself over- I started off WAY too far back in the pack. The sound system wasn't the best and I thought I heard them call all 10K runners to the front, so I thought they may release them and then release the 5K runners.  But I was wrong and both races started off at the same time and here I am standing towards the back with the walkers, etc. The first mile of the course was pretty narrow at times, so I had trouble passing people when I wanted to.  I got stuck a few times trying to run around people.  But after the first mile, it was pretty clear running.  My body felt good but I could tell my lungs were not in top running gear.  I was breathing way too hard for the fact that my body was saying "go faster!"  I have always had breathing problems and while I don't have asthma, I just have weak lungs I guess.  The good thing about starting in the back though is I passed a TON of people.  I can honestly say I don't think I was passed once.  That's a good feeling!

I finished strong and was trying to pass this guy at the very end, but the finish line narrowed too much and I couldn't step around him, darn.  I thought my PR before this race was 26'01 so when I got my official time of 26'03, I was SO bummed.  Missed a PR by 3 seconds.  I also found out I got 4th in my age group, which is one place short an individual medal. I had looked at the previous 3 years race times and with my time, I would have gotten a medal at each previous race.

After the race I realized my PR was actually 26'10, so I beat myself by 7 seconds!  I think strength training at the gym has already started to pay off, since I haven't been running! 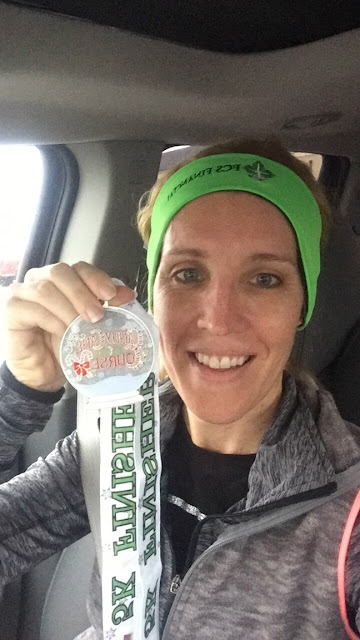 I am the director of our church's Children's choir and we had our Christmas pageant on Sunday.  After my race on Saturday, we had our dress rehearsal at the local nursing home.  The residents loved it!  Chloe was the sheep and had a solo.  She sang it like an angel (maybe I am biased) at dress rehearsal and again Sunday morning.  Bg was an angel, but also the star (meaning she carried a star on a stick and the wisemen followed her).

Chloe was fine at church Sunday morning, fine at lunch, came home and played for an hour and then came down stairs complaining of a headache.  I gave her meds, she took a nap and woke up feeling a little better.  I asked if she could still perform and she said yes.

The pageant went great for the most part.  Dealing with 45 kids, there are bound to be a few issues.  Like Mary forgetting baby Jesus...Ha ha!  Chloe didn't look too good on stage and when she came up to do her solo, she just looked awful!  Her face was red and she stumbled on her lines.  I felt so bad for her!  Jeff took her home right after the pageant while I stayed at the church to clean up, etc and she was running a fever when they got home.  Poor girl ended up having strep throat.

Here are some pageant pics:

My angel minus halo and wings, but doesn't she look pretty!: 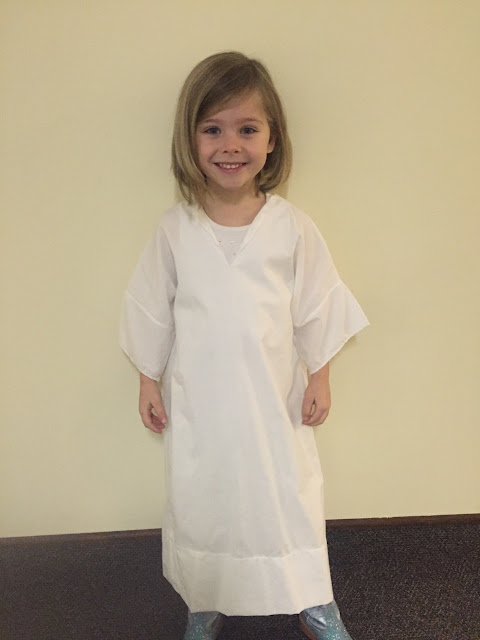 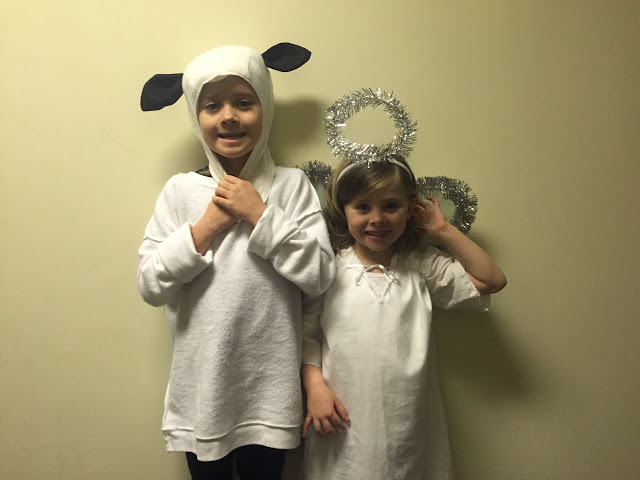 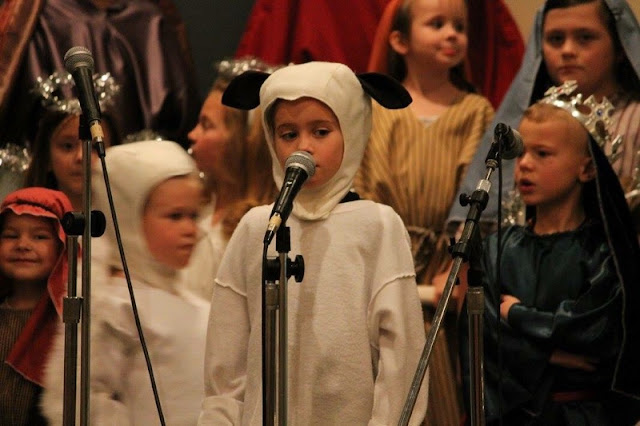 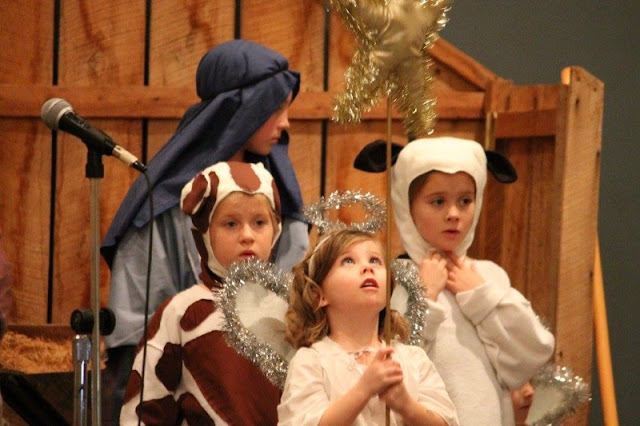 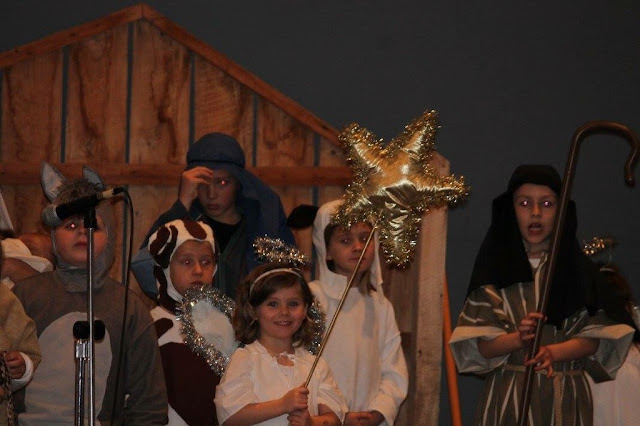