Bg's 5th birthday, funny stories and the ugly side of running 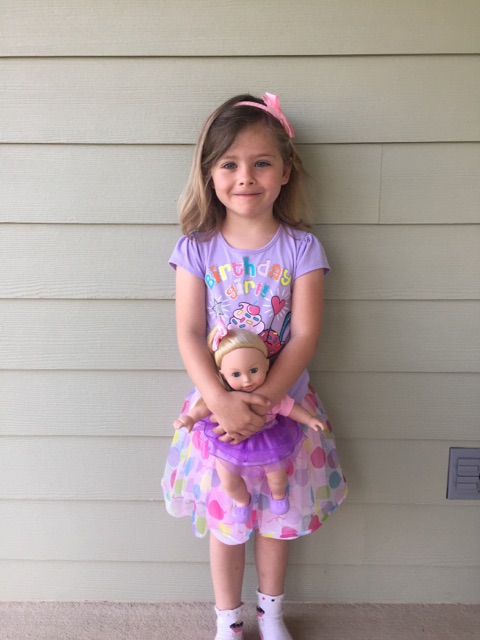 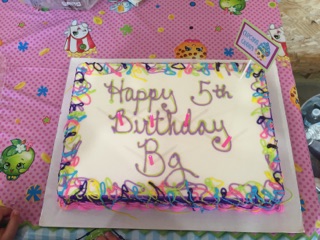 Bg turned 5 today!!!  I am so not the emotional type but it does make me sad that she is getting older!


We had an eventful Saturday.  Chloe had a soccer game in the morning.  She played goalie and did awesome.  She loves goalie and told me that her coach only trusts her to be goalie b/c she doesn't let anything by her (I have no idea if he really said that or if she was just being conceited).  She didn't play as an attacker very hard but had a good game.  She had a friend come with us after soccer for a quick lunch and then back to the soccer field for Bg's game.  Bg played a good first quarter and then was done.  Completely done.  Cried, whined, cried, whined.  Her dad was NOT very happy with her.  We finally convinced her to go in the 3rd quarter and she got hit hard in the thigh with a ball and it was all over at that point.


After soccer I dropped Chloe and her friend off at the skating rink for a classmates birthday party and then rushed home to get things ready for Bg's party.  We had about 15 4-6 year olds over and they had a great time jumping on the trampoline, running around and enjoyed the great weather. 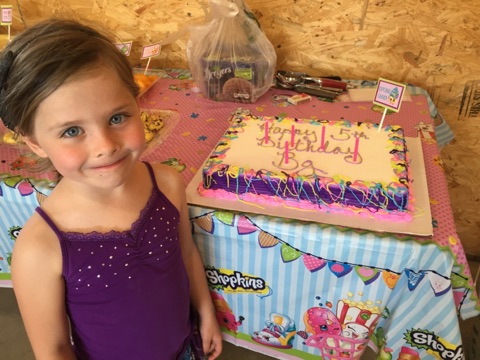 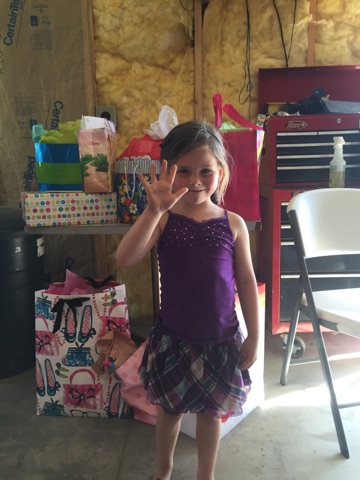 Both girls had a friend stay the night Saturday night and Sunday they sang at church, followed by a retirement dinner for Chloe's teacher.  She retired after like 45 years of teaching, 34 at their school.  She was Jeff's teacher as well.  What a career- she will be missed!


I did my long run on Sunday (details below) and then came home and we just enjoyed the nice weather.  The girls rode bikes, rode the go-cart, played outside and played with Bg's new toys ( I think we officially own every Shopkin ever).


Funny story- I was back in the bedroom yesterday evening and I heard a slight commotion in the kitchen.  Nothing bad sounding just a few little yelps.  Bg comes back grinning and told me there was a frog in the kitchen.  Chloe was back there too and she said there wasn’t.  Bg laughed and said a frog jumped on her head and was now in the kitchen.  I had to go see and we walk in and there is a frog on the floor.  I assumed it was a play frog that she got at her birthday party, but when I got close, it hopped away!  It was a tree frog!  Bg opened the screen door and I guess it was on top of the door and landed on her head!  It had a slightly hurt leg with a little blood, so I don’t know if it had got shut in the door or if Bg hurt it when she threw it off her head!  It was able to hop, but we were afraid of hurting it, so we caught it in a butter container and set it outside.  It curled up in the container and was still there when we went to bed, but was gone this morning.  Bg thought it was hilarious!  She asked if she had to wash her hair last night and I was like, “You had a frog with a bloody leg on your head!!!  Of course you have to wash your hair!”  I just had lunch with her and she told her classmates.  They are all boys, so they thought it was a cool story. 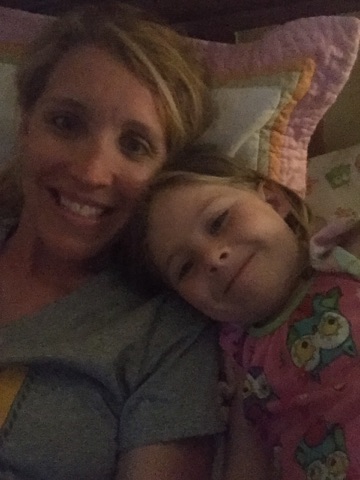 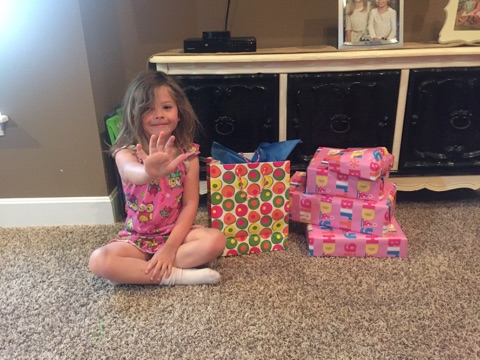 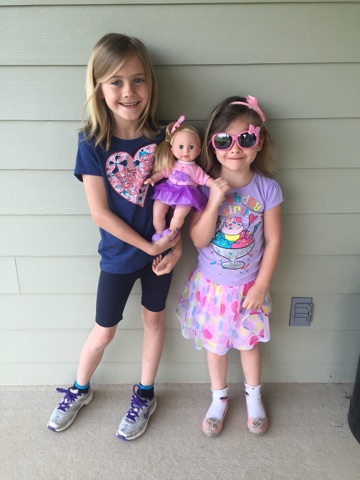 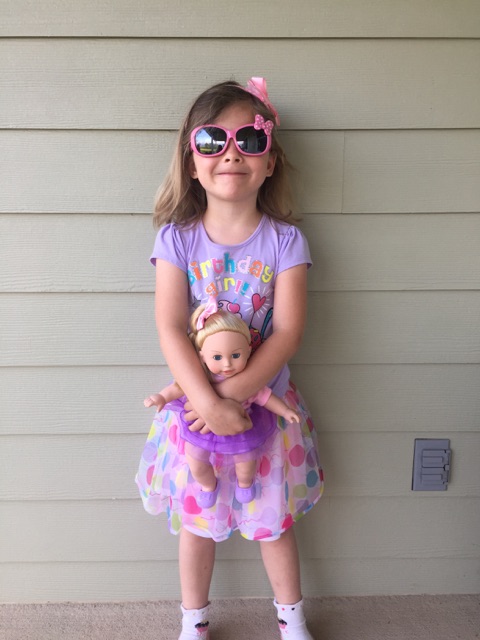 Chloe had to get in the action too: 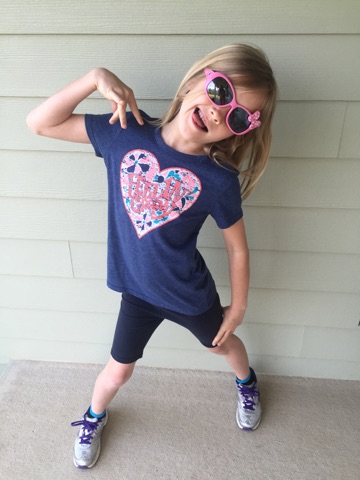 Bg got a new baby doll called "Little Sis Birthday Doll" or something like that.  Grandma Judy called her this morning and asked what she got for her birthday.  Bg told her, "a little sister!"  Judy asked again and Bg responded the same way.  I could hear Judy being a little shocked and I was yelling, "tell her a doll, it's a doll!"  Ha ha, no baby sister here.


Chloe said the morning prayer on the way in.  She prayed, "Dear God, please help mom and dad to get more money and pay less taxes."  I SWEAR Jeff and I have no complained about money or taxes, especially around her, so I have no idea where her prayer came from.  She is a hoot.


Had my last long run before the Lincoln half marathon.  I don't know what my problem with running has been lately but I have just really struggled.  I typically do okay in races, so hopefully that will continue.  I ran a little over 10.27 miles- GPS says 10.27 but it quit on me a bit, so I had a magically flying experience again, so not sure how far that was.  It was HOT yesterday.  I am not used to running in 80+ degree weather yet and really needed a water stop several times.  And I had a lot stronger wind than normal. My splits aren't pretty.  I am getting slower rather than faster.  I really need a mental jump start.  I did 10 miles in 1:36 just a few weeks ago. 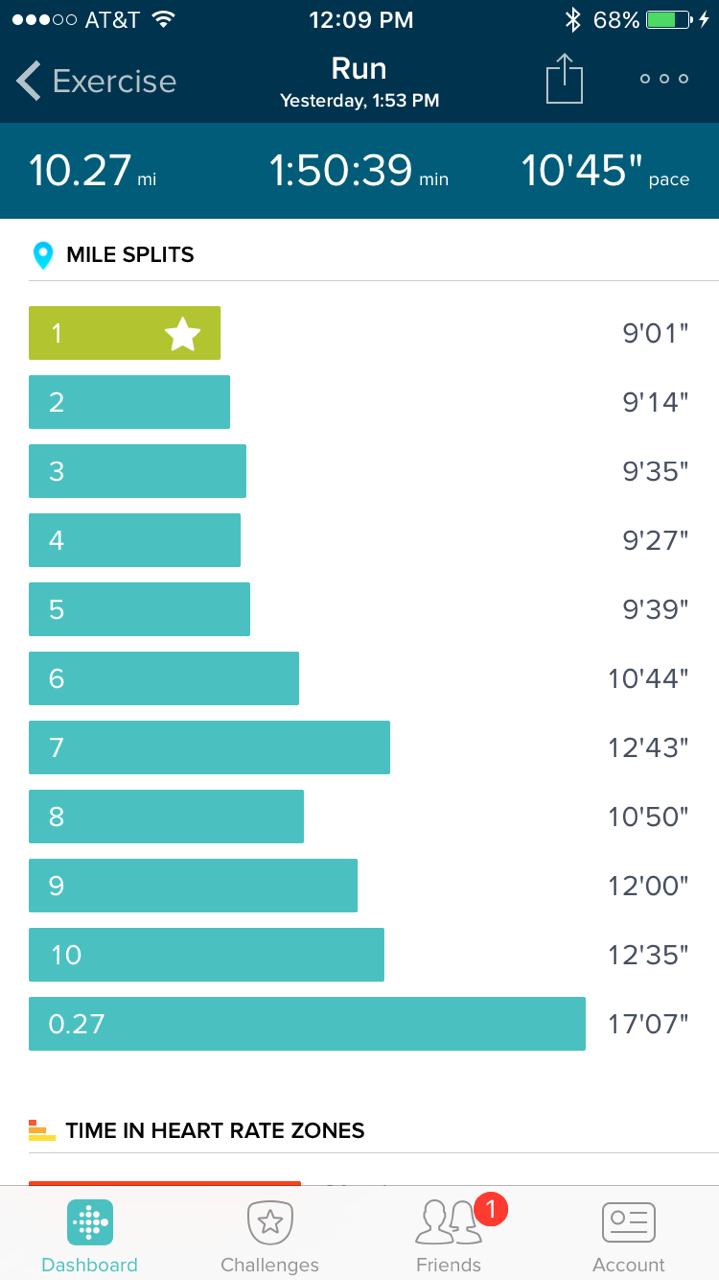 So to the ugly side of running.  Sunburns and blisters.  This was my 2nd run with my new Brooks Pure Cadence and my 2nd time getting some ugly blisters.  I think I will wear my old trusty Asics in Lincoln: 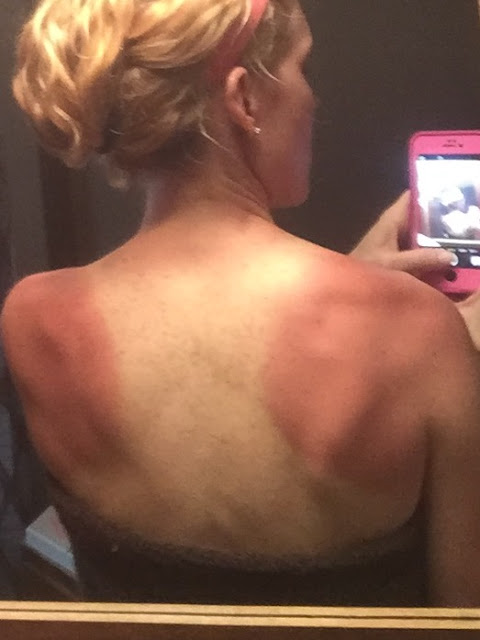 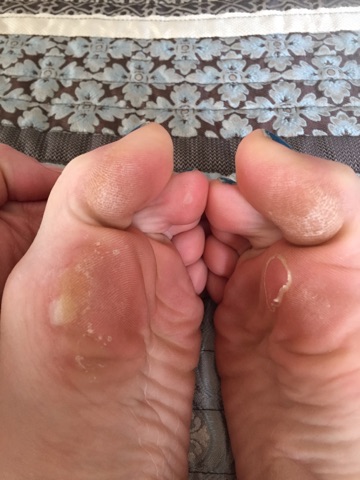 I know there are way worse foot pictures out there, but I ran way more last year and never had blisters.  I used to get them bad in high school, but haven't struggled with them in years.


And I don't know why my font keeps changing.  It is driving me crazy and I keep trying to change it and it wont let me.