Running out of steam...

I actually felt pretty good after my race weekend.  It usually takes me a few days to recover.  So YAY for getting stronger.


I did skip the gym/running Monday night, as we had NOTHING on the calendar and I thought it would be nice just to go straight home for once.  It was beautiful weather, so the girls and I took a long hike and played in the creek.  While we were grilling, Chloe decided to try for broken arm #4 and worked on her trampoline basketball skills (no, she did not break her arm this time!). 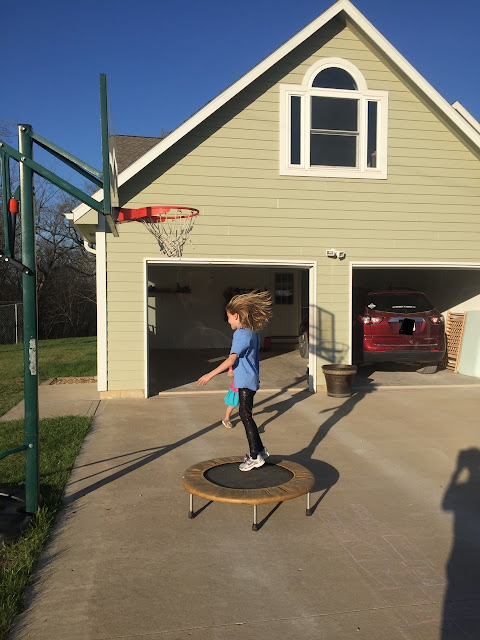 Tuesday night I surprised the girls with tickets to the Royals Ring Ceremony, where they got their World Series Champion Rings.  It was AWESOME!  The girls had a blast at the game and even though we were in the cheap seats, we had a good view of the ring ceremony.  This is Salvador Perez celebrating! 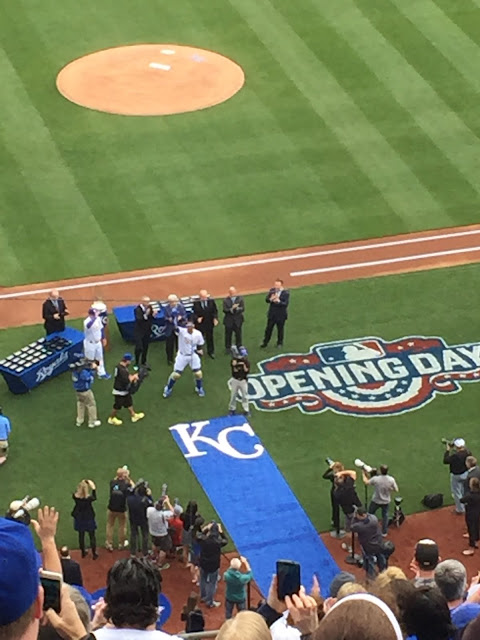 We unfortunately had to leave the game early, but it was for a good reason- Chloe's first soccer game.  Her team lost but she played her heart out.  She has improved so much since last year.  I was a bit proud... 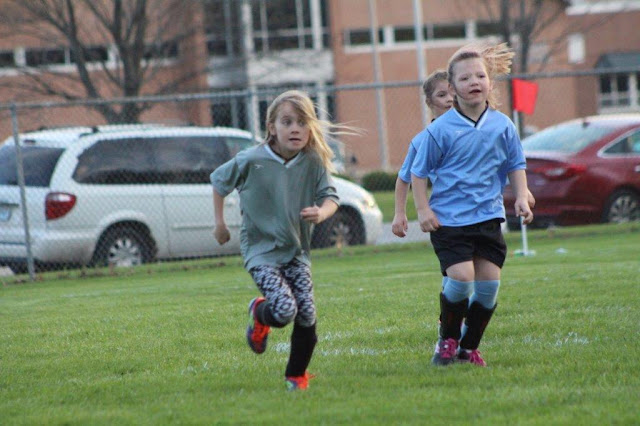 Bg had her first soccer game on Saturday.  It didn't go as well.  Bg played offense okay the first quarter (she was a little lost, okay, a lot lost) but she stayed out there.  She played goalie 2nd quarter.  She blocked a shot but they were able to kick it in after she reflected it.  And then she was done.  She had no desire to go out there and she whined on the sideline.  Her coach finally convinced her to go back out there, she got lightly hit with the ball and it was drama queen time.  Needless to say, she didn't play the 2nd half.  Only 5 more games... 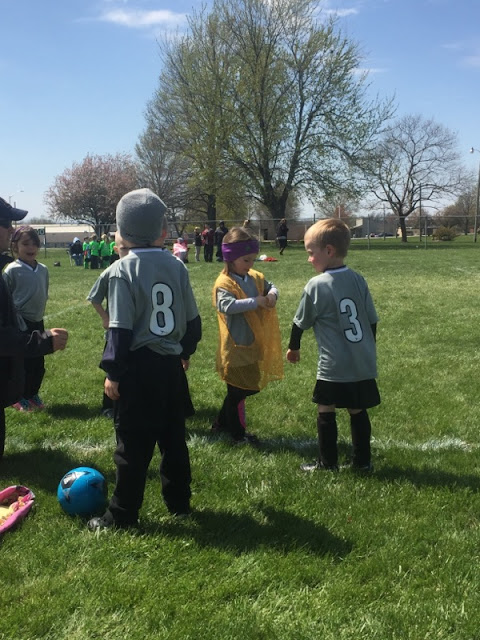 
Back to Saturday.  After Bg's game, I went out for my long run.  I wanted to do a minimum of 10 miles.  I worked really hard at the gym on Wednesday and did dynamic yoga on Thursday and was still a bit sore.  I started off and as usual, the first few miles were hard.  I really struggled but figured I would run out of it by 1.5 or 2 miles.  Around mile 3, I was starting to worry that I wasn't going to run out of my funk!  My legs felt heavy and my lungs were struggling.  I realized that my GPS shut down somewhere around mile 6.25.  I was very irritated and restarted it but it continued to crash.  I believe that caused my cell battery to die, so I lost music and GPS.  I realized I was still a good 3-4 miles from my car and I was done.  My legs were heavy, I was wearing new shoes and was starting to feel blisters, all my technology had given up and my mental game was done. 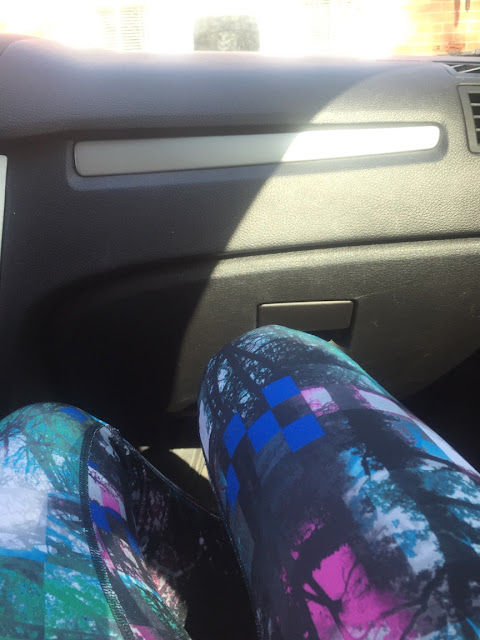 Yes, this is a picture of me in the passenger seat of a car.  I hitchhiked.  I gave up.  No, I didn't catch a ride with a stranger.  I happened to see one of my besties husbands and he gave me a ride.  I believe I ran about 8-8.5 miles total.


Here is where I magically floated around a loop park.  Thanks GPS.  I was happy with my pace.  It was faster than my average race pace. 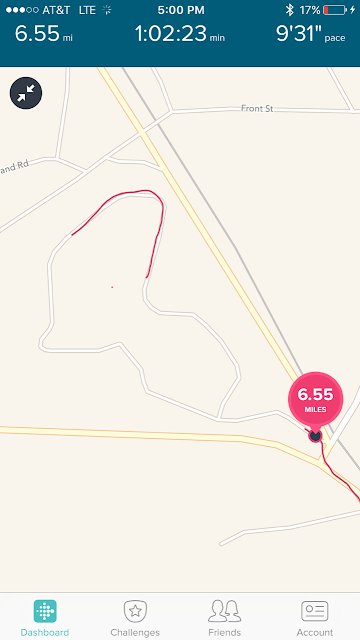 So, I have not been training anywhere like I should be.  I basically run 1 day a week and hit the gym 2 days and do some hiking on the 4th day.  I know I am physically in better shape than I was last year but I don't have the endurance I did.  With both girls playing soccer 5 nights a week, it is hard to get the runs in.


Found this gem on my phone: 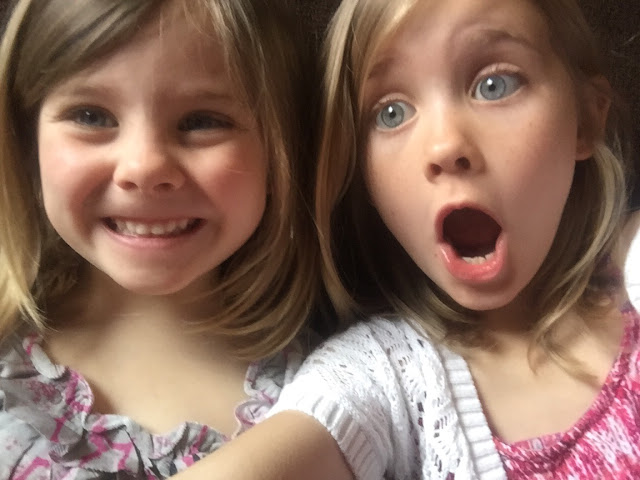 My baby has kindergarten testing tonight!  Chloe has been giving her "tests."  Ha ha, we will see if she is prepared.
Posted by sam4mizzou at 12:27 PM